The largest selection of villas and apartments at La Manga Club Resort.

La Manga Club Resort is set amid the rolling hills that separate the Mediterranean from the warm watersof the Mar Menor Sea, in the Province of Murcia, southern Spain. Situated in the south of the Costa Blanca, the region is known as the Costa Calida, or ‘warm coast’, thanks to its mild, year-round Mediterranean climate.

Close by is La Manga del Mar Menor, this narrow strip of land which separates the Mediterranean from the Mar Menor (Europe’s largest saltwater lagoon) is over 22 km long and stretches from the fishing village of Cabo de Palos to the salt flats of San Pedro del Pinatar. With beaches fronting both the Mediterranean and the Mar Menor, the region is ideal for water sports, and numerous sailing centres offer lessons in windsurfing, waterskiing and sailing.

Just 20 kilometres away is Cartagena, an ancient port founded by the Carthaginians in 221 BC, with the ruins of a Roman theatre and a number of archaeological museums. There is good shopping there including the large department store, El Corte Ingles, with shops and cafes leading to the large natural harbour and port where numerous cruise ships visit.

The city of Murcia is the region’s capital and lies 70 kilometres from La Manga Club. Its most important monument is the cathedral, with the Episcopal Palace, and several churches worth visiting. Amongst its museums are the Archaeological Museum, the Museum of Fine Arts and the Museum of La Huerta. The city also offers good shopping as well as pleasant squares in which to relax and enjoy a drink or tapas at one of the many cafés and restaurants. 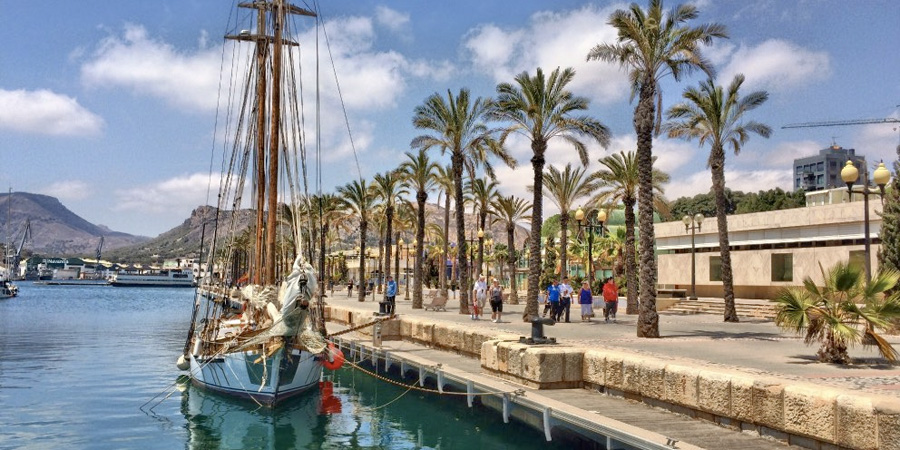